Luciferian art at the Denver International Airport, which was built by a group calling itself “The New World Airport Commission”  (https://www.quitefrankly.tv/quite-frankly-originals/2021/8/10/hidden-in-plain-sight-the-denver-airport)

I’m going to start this discussion of the horse with a section from the autobiography of Tony Rodrigues, Ceres Colony Cavalier (2021):

There were huge windows and tiled floors similar to what you’d expect in a 1950s station.  The first moment through the great revolving doors from the hangar to the trade area gave a good hit of clean, crisp, fresh oxygen—and it was a total rush, a buzz, actually. It was awesome.  I remember those walks with my colleagues fondly.

Just before my twenty-year time was up, the stone pillars that we had walked by for months came under construction.  I was told that they had abducted a few of Europe’s finest stone sculptors into a twenty-year program just to have them sculpt a few monuments throughout several colonies in the solar system.  These sculptors would be working on Ceres for years to come. 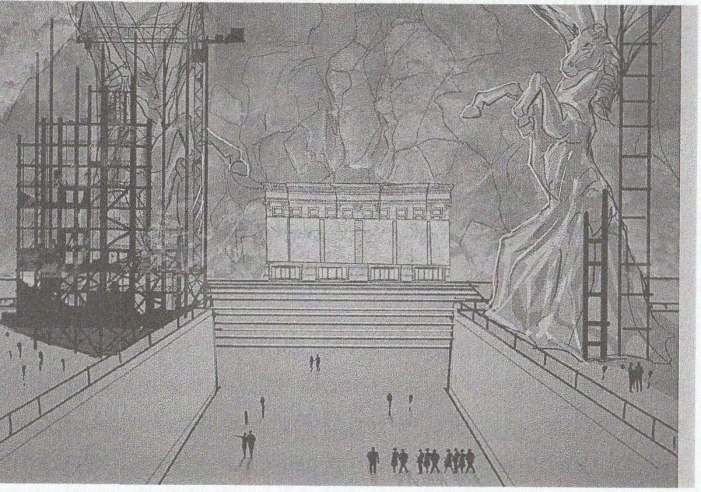 Ceres Colony, population of around 260,000, was created by extraterrestrials as a refuge for the top echelon of Germans at the end of WWII.  The transport of people to Ceres was done from a Nazi base in Antartica.

The colony was governed by Nazis, but they were themselves under the rule of the Draco Empire.  The colony’s economy was based on interstellar trade, and it relied on slave labor provided by humans abducted from Earth.

The NSA, the Montauk boys, and the Hadron collider

Beginning in 1947 under President Harry Truman, the military and private defense contractors began research into extraterrestrial technologies, with the goal of weaponizing them to enslave the human race.  This was the reason Truman created the CIA, the NSA and Majestic Twelve, all of which which formed a shadow government.

The research was carried out at Los Alamos National Laboratory in New Mexico, Brookhaven National Laboratories in New York, and at private companies such as Douglas Aircraft, Raytheon, and Eaton AIL.  From 1971, privately funded ET research was carried out at Montauk Air Force Base, and this was eventually expanded to 24 other sites.  This research violated human-rights conventions, international weapons conventions and the United States Constitution.  It was called Project Phoenix.

Research at Montauk was mainly concerned with mind-control technologies and time-space-travel, and involved the use of child psychics, computers, electromagnetic energy and ET technology to create a space-time vortex.  They perfected this on August 12, 1983, when Al Bielek and Duncan Cameron arrived at Montauk from the USS Eldridge in 1943—what is now known as the Philadelphia Experiment.

In later interviews, Duncan Cameron and Preston Nichols explained how the scientists at Montauk tested child psychics for Project Phoenix by a remote-viewing exercise.  They would have their young subjects look at the United States in the year 6037 and ask them what they saw.  The scientists had located a world-line in which the human race no longer existed: the scene was a golden statue of a rearing stallion in a desolate city.  If the boy or the young man saw the golden statue, he was put to work visualizing other world lines that favored the plans of the Cabal.  These visualizations, amplified by the amplitron machines at Montauk, allowed the NSA to identify their space-time coordinates.  Repeatedly sending psychics to these world-lines moved our world-line in the direction of the New World Order.

Stewart Swerdlow, another Montauk veteran, told Michael Salla (April 18, 2022) that the purpose of the Hadron collider in Geneva was to collapse the world-lines that gave the Cabal an “advantage” into this reality.

CERN is an interdimensional portal.  We learned at Montauk that there are infinite realities.  Every possibility that you can think of exists.  And how did we learn this?  Because they had attempted to send people back in time to change history, and they found out that you can’t change history.  Whatever is in this timeline, in the so-called past, must remain.  If you alter an event, then it becomes another timeline—parallel to this, but not the same as this.

With this in mind, here is Duncan Cameron talking about the golden stallion statue that the NSA scientists used to test young psychics.

One of the unusual characteristics in this jumping in time, and seeing where the particular special-interest groups—  And that’s basically what Montauk was about: very specialized interest-groups within the government and outside, finding a way to accentuate and to gear and maneuver their own ‘sensitives’ for whatever their agenda is.  There was a test at Montauk for those people who could sense, in this time framework in which we’re all moving along, the year 6037.

It sounds kind of kooky and bizarre and unusual, but we all have a connection to our evolution.  And that’s supposedly one of the most evolved states of the human spirit in the time frame that we’re moving along.  Everyone has a connection to it, and [if] there is enough kind of horsepower, or a process to move it in that area, then [it] could be, on paper, connected.  And it probably was a bit of a jolt and such, but they had these connections, and part of the work duties of some of these vounteers was to go in and sense this horse on a pedestal, in this kind of surrealistic city.

And some of the people had the creativity and the ability to actually ride the horse; get on this horse and then follow and see where it ended up.  And from reports, it ended up before Christ, millions of years.  And along that pathway, they had a number of what’s called flag-posts, which for some reason has been connected with me.  I don’t quite know why, but there is my essence in connection with these flag-posts.

Duncan:  Markers—markers in time; same thing.  And we’re speculating: we certainly don’t know, ‘cause we’re still trying to grab memories and see what comes up.  And by all means, Al Bielek, my half-brother, is part of this investigation, trying to put it all together as to what these references in time mean.  And the logical aspect is that the control-group would like to use these forms for their agenda.  It’s a logical format.  So, that was one of the peculiar aspects of it.

Duncan:  Some of the other unfortunate considerations were the use of boys in the project.

Duncan:  It goes back to five and six at the earliest, maybe seven, eight, through pubescent into seventeen and eighteen. And they had some twenty-year-olds at the time. (54 minutes https://youtu.be/AGglyC8QEnk )

Preston Nichols, an assistant director of Montauk, described the same thing in his book:

A later investigation showed that Montauk had a neo-Nazi connection and that the Nazis were still on the Aryan kick.  We don’t know where the kids went, what they were educated in or programmed for.  Whether they came back or not is still a mystery.  What information is available is that they sent every raw recruit into the future to 6037 AD, always to the same point, to what appeared to be a dead city in ruins.

Everything was stationary, not unlike a dream-like state.  There were no signs of life. In the center of the city was a square with a gold horse on a pedestal.  There were inscriptions on that pedestal and recruits were sent there to read what they said.  Each recruit would interpret and report.

The recruits were always asked if they saw anybody in the city.  Each individual would interpret what he observed and report.  We know a lot of people were shoved somewhere into the Future — maybe 200 or 300 years ahead.  Estimates range from 3,000 to 10,000 people that were eventually abandoned.  We have no idea for what purpose.

I have already said that I don’t know exactly what they did with time.  I wasn’t there, but I do know they did a lot with World War I and World War II.  They monitored those times and took pictures.  They knew exactly what they were doing.  They could actually make up a secondary vortex to observe what was going on.  We called this a “seeing-eye” function.  The original vortex was such that one could drive a truck through it.  Using phase conjugation through the elaborate computer set-up, past and future history could actually be transmitted through the portal and viewed on television. (pp. 48-49) 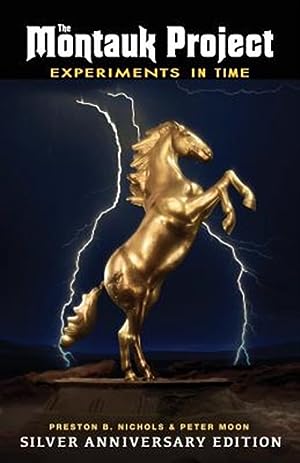 Stewart Swerdlow has described what the United States was supposed to look like in the present time.  The country was divided by a 50-mile-wide Mississippi river, or causeway, into western and eastern regions.  Most of California west of the San Andreas fault was underwater, as well as parts of the East Coast and the states bordering the Gulf of Mexico.

The capital of the western region of the U.S. was supposed to be Denver, Colorado—hence the Luciferian airport—and the capital of the eastern region was to be Atlanta, Georgia, headquarters of CNN and the Centers for Disease Control.  Colorado and Georgia are Democratic Party strongholds, even though the populations are socially conservative—hence the election-rigging. 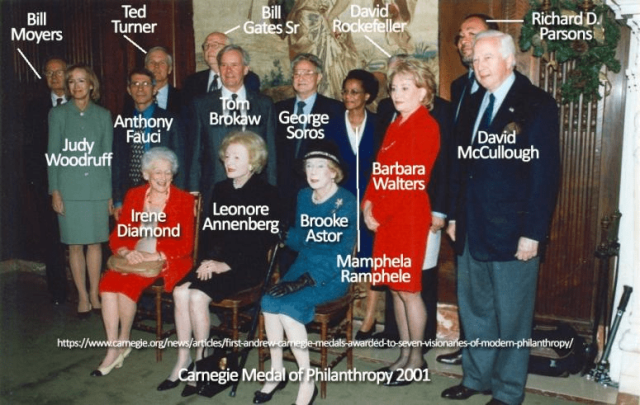 Phil Schneider was a geologist who worked on the government’s underground bases and tunnels. He was tortured and strangled in 1996 for speaking publicly about what was going on.

They have been building these 129 bases day and night, unceasingly, since the early 1940’s.  Some of them were built even earlier than that.  These bases are basically large cities underground connected by high-speed magneto-leviton trains that have speeds up to Mach 2.  Several books have been written about this activity; Al Bielek has my only copy of one of them.  Richard Sauder, a Ph.D architect, has risked his life by talking about this.  He worked with a number of government agencies on deep underground military bases.  In around where you live, in Idaho, there are 11 of them.

The average depth of these bases is over a mile, and they again are basically whole cities underground.  They all are between 2.66 and 4.25 cubic miles in size.  They have laser drilling machines that can drill a tunnel seven miles long in one day.  The black projects sidestep the authority of Congress, which as we know is illegal.  Right now, the New World Order is depending on these bases.  If I had known at the time I was working on them that the NWO was involved, I would not have done it. – Phil Schneider, 1995

A guardian for international peace and security sits on the Visitor’s Plaza outside UN Headquarters.  The guardian is a fusion of jaguar and eagle and donated by the Government of Oaxaca, Mexico.  It is created by artists Jacobo and Maria Angeles. pic.twitter.com/q8SSsQhz1L

The names of the artists coincide with reports that the Illuminati were planning a false second coming of Christ.  Jacob was a deceiver in the Bible, Mary was the mother of Christ, and angels is a term used in the past for extraterrestrials.  Also, note the resemblance of UN statue to a Chinese dragon, a kind of a god.  This dragon has mammalian ears, representing the hybridization of humans and reptiles:

Phil Schneider, when he worked for NATO, was invited to two meetings of the UN leadership.  They met at a deep underground military base, and the humans were overseen by tall greys (7-feet tall), who sat on a balcony above them and dictated policy.

Apparently, tall greys are a hybrid between greys from Zeta Reticuli and Draco reptilians.  The tall greys have been referred to as Draco-Zetas, or Draco-controlled Zetas, and are very dangerous.

Al Bielek talks about Phil Schneider in an interview, part of which is reproduced here: Alien Invasion; see also https://youtu.be/fuvgTiqlfNk (from10 minutes into the recording).

One thought on “The Rearing Stallion: Illuminati Icon”