This is Jessie’s first public interview.  Dan Duval is a Christian webcaster who covers esoteric subjects such as the Luciferian Brotherhood and extraterrestrials.  https://youtu.be/3ydBIn-wYP0

Dan Duval interviews Jessie for the first time on the subject of the structure of the Illuminati.  Jessie was a hierarchy child who was trained from a young age to take over for her grandmother as the queen mother of darkness in the Luciferian Brotherhood.  Through the redeeming power of Jesus Christ, she was delivered from this role before her grandmother could initiate her; however, she took away with her unique knowledge regarding the structure of the system, knowledge that she wants the world to know.  Get ready to take notes and learn, as this brave woman puts forth secret information about the structure of the world’s most powerful evil organization. 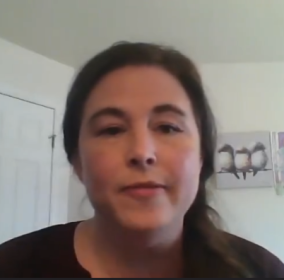 Cathy Fox is an investigative journalist who covers child trafficking and child sexual abuse.  She has written extensively about Jessie’s revelations.  The following outline of the Luciferian Brotherhood System is from “Obama is now running the Satanic Council” 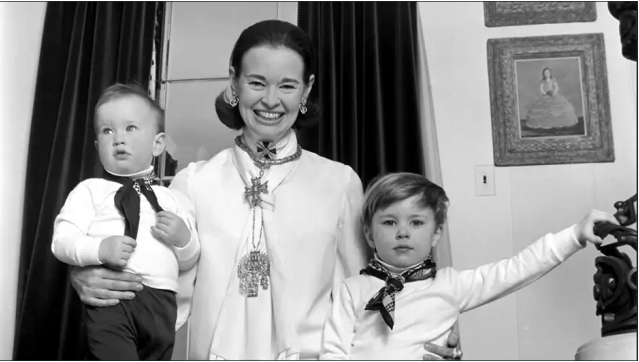 Gloria Vanderbilt with her sons, Anderson and Carter Cooper; she was the grand high priestess of the Eastern Quadrant.

It may help to explain that Soros was the head seat, the phoenix, of the Illuminati’s Satanic Council since approximately 1960.  However, Soros has stepped down as phoenix; he was replaced by Barack Obama.

The Satanic Council is sometimes called the Druidic Council.  My article The Five Child trafficking Networks of the Illuminati [3] outlined a structure for the whole illuminati.

The Satanic Council is the board of directors, usually men who deal with the financial and operational decisions for their territory.  The positions on the Satanic Council are called seats, and members represent one of four quadrants.

The Satanic Council is large.  Bilderberg, EU, UN, 13 Illuminati family heads—plus four representatives from each Illuminati family who rotate—and others invited to sit on the council.  There are probably more than 500 members worldwide.  Four meetings are required a year; one of them is the Bilderberg meeting.

Attendees are in positions of power in their public lives—e.g., business executives, bankers, powerful public officials.

Lower-level meetings that are apparently legitimate, but in fact implement Satanic Council policies, are those of the Trilateral Commission and the Council on Foreign Relations (CFR).  Middle-level meetings are the Royal Institute for International Affairs (RIIA) and Davos (see The confidential list of everyone attending the 2020 World Economic Forum in Davos [9] ).

There are four quadrants, and each quadrant in the United States has a corresponding territory outside of the U.S.  (This may have been settled when Albert Pike became the world leader of Freemasonry.)

Each quadrant has bloodline-family representation on the Satanic Council.  Each bloodline councilmember also has his own territory within his quadrant (for example, the du Pont family controls the state of Delaware, as well ruling over the Southern quadrant).

There are five mothers of darkness, and each one oversees a U.S. quadrant and its corresponding world quadrant.

The chain of command is:

Each quadrant has a Council of Nine, so there are 36 members altogether.  The 36 are never summoned to a meeting at the same time, but instead rotate for assemblies.  The members of each quadrant decide who will represent them when they are summoned.  Those Council of Nine members can serve a lifetime, showing up to every assembly; the same holds true for the Council of Thirteen.

The Chinese Elders are best considered honoured family heritage positions: most are passed down within the family lines.

The sisters of light

The brides of Satan serve as Satan’s consorts — they don’t have an organizational role in the system.

There can be up to five religious denominations, called departments, in each territory.  Each department has its own hierarchy; however, it is overseen by the Satanic Council.

(To be clear, the Cabal sect is not the same as Kabbalah, which is Jewish mysticism, much like Gnosticism.)

The bloodline familes are like board members, and oversee the religious departments in their territory.  (See Fritz Springmeir, Bloodlines of the Illuminati [14] )  They also ensure the rackets—e.g. drug trafficking and child trafficking—are running well.  (See also Stewart Swerdlow, Blue Blood, True Blood: Conflict and Creation.)

A grand dame is usually under one of the grand high priestesses.  She is not usually a high priestess, but she can be.  Normally they are put in positions where they oversee high-level women programmed as Monarch sex slaves—they procure and groom these girls from a young age.

Grand dames are comparable in level to goddesses, the women who lead witches’ covens.  They are considered managers of the religious departments.  This is congruent with what Fiona Barnett has said.  Fiona was groomed to be a successor to a grand dame, and gives some examples of her programming in this article: Alice in Wonderland and Wizard of Oz MK-ULTRA Programming Unpacked [6]

Druids are under high priests and priestesses.  If the high priests are like lords of a land, the Druids are like the keepers of the farmers who work the land.  They work for the high priest to oversee all the warlocks and witches in the Brotherhood.  According to their level, they may be loners, practising their religion on their own; most, however, are connected to a group.

My role was to ensure the rise of the antichrist.” – Jessie Czebotar (My Training to Become the Queen Mother of Darkness)