Vega as seen from Earth The patch [on the school uniform] was the solar system around this star.  It had the blue star of Vega, and it had a huge Earth-like planet, which was where we were, and a couple of other ones, and it also showed the two moons of Vega Prime, ’cause those also have stuff on them.  And the uniforms, they were black three-piece suits—they looked like they were from the 1920s or ’30s—and we had neckties that were pale green with gold stripes.

(1:45)  I have what I call the anchor memory, [the one] that never went away.  When I discovered this side of reality, that was the first one that I interrogated, that made me realize I was a part of this, where I’m lying in bed, I’m six years old, and this portal opens in the wall, and this woman—I’m not sure if she was an alien or if she was a German woman who genetically modified, because she was like ten feet tall—and she stepped through this portal in my bedroom wall.  She had on a Nazi uniform and I couldn’t move at all.  And I was frozen in place, and then I got picked up and levitated through this portal.

Veronica Bartolini:  How about in school: were you tested in school?  Did you get blood taken every six months like some of us did?  Were you in special classes?

John:  Yeah, I’ve had memories; I do know my blood was taken a lot.

(4:30)  After I got pulled through this portal and all of that, at some point I don’t remember the phase where I transitioned from being levitated through this portal to suddenly I was in the back of an armored military vehicle with a bunch of other kids.  And they weren’t all Americans, by the way.  There were two girls who were speaking Chinese in there and there was— I remember one boy who was speaking Spanish.  Anyway, so there were kids from all over the place, and we went to Cheyanne Mountain base [Cheyenne Mountain Air Force Base, Colorado Springs, Colorado].  And that’s where the memories of that are very faint.  I’m sure I was on drugs, I’m sure I was being hypnotized constantly.  I was in some sort of a a fugue state, where like I was very aware psychically, but on a physical level, like I couldn’t even dress myself.

Dissociative fugue (psychogenic fugue, or fugue state) presents as sudden, unexpected travel away from one’s home with an inability to recall some or all of one’s past.

And I know there was a lot of testing that’s done, like seeing if I could open portals, seeing if I could levitate stuff, and it was discovered that my two true talents were technology interfacing and interspecies communication telepathically.  And so those were the things I wound up doing.

(6:45)  But from there, the actually clear memories begin at the end of that phase, where all of us kids walked through this portal to, well, this facility was somewhere on the North Pole of the moon.  ‘Cause I remember, we got into this shuttle immediately after going there.  We walked straight through the portal and we just walked right to  this shuttle.  And we got on.  I looked out the window, and it went up, and these doors opened overhead, and looking down, you could see the North Pole of the moon and Earth off in the distance.  And so, this shuttle took us to a mother-ship, and they opened a worm-hole, and we went to Vega Prime.

(8:00)  Combine this, the Vega-Prime stuff, with my Solar Warden stuff, and you’ll get about 80 percent of my memories.

So, Vega Prime, there was this colony called New Munich.  It was a human German colony, and it also had a Japanese population and a Greek population.  So, I remember getting off the drop-ship there, and we were in this like— it was in this hangar-bay type of thing on the top level of a skyscraper, so it was like, I guess like a space port.

We got off; we were saluted by a long row of soldiers, ’cause we were— and there was some sort of banner up saying something about how they were like welcoming the next generation.

Veronica Bartolini:  Did the banner have something on there?

No, it was just a yellow banner with black letters on it.  There was a big red carpet that had a Schwarze Sonne—the Black Sun symbol. 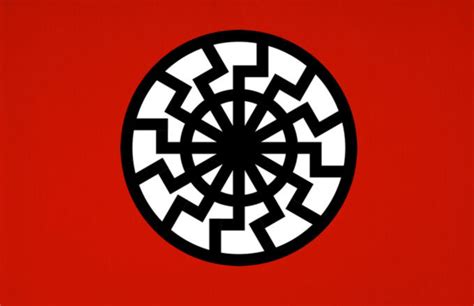